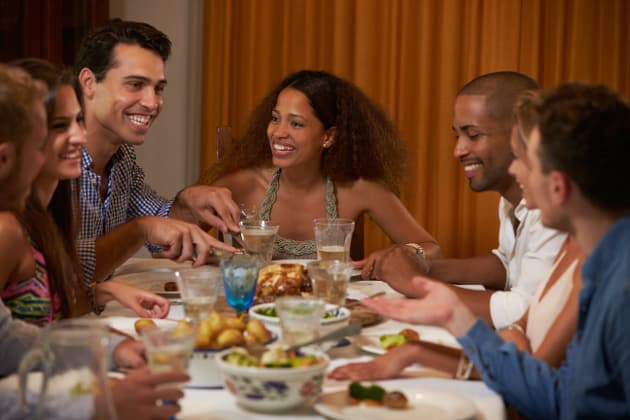 What does this really mean – communicate effectively?

It could have many interpretations, but today I am assuming it means whatever setting you are in, you want to express yourself with confidence. Also, you want to really communicate easily in a way that is easily understood.

For example, how do you handle it when someone disagrees with your point or your way of doing things? It is obvious that we communicate not only with words, but voice tones, volume levels, facial expressions, sighs, eye-rolling, and numerous other signs of body language.

Sometimes you may not be aware of how you come across to others by your words and what your sounds, expressions, and body language say. When the words and other signals do not match, most people will not believe the words.

It may be unusual in your circles to have someone openly disagree with you on a point or your way of doing things. However, if they do, how do you respond?

In a close relationship – a close friendship or a marriage, you may become pretty adversarial as follows.

But that not the right way to do that. I’ve never heard of such a thing. The attitude shown is my way is the right way. I’ve always done it that way. My family always did it like that too…

Who made up that rule? Have you heard that the unspoken family rules are even more powerful than the spoken rules of the family?

Most people who have been exposed to a wide variety of people and locations have learned that there are many different ways of doing things.

I have lived in many different communities in the United States. I recall as a teenager, I noticed many differences in the ways both funerals and viewings were handled. It struck me as rather strange at that point, but now years later after living many more places, it is clear each community or group within the communities has ways that are comfortable or meaningful for them.

At this stage in your own life, hopefully, you’ve discovered there are so many different ways to do things. Often it is not a matter of right and wrong, but just “different” from the way you may be used to doing things.

When we decide to play judge and jury…They are wrong, they should do things like I do. This causes so much conflict and stress for both of you whether you are the critic or the one being criticized.

This one is played out in marriages on a regular basis. Usually, in other settings we at least know better than to say these things out loud.

When instead you deliberately choose to accept one another, you can look at these situations as follows: They have different ideas, tastes or ways they do things than I do, but that doesn’t necessarily mean they are wrong or I am wrong. We each have a right to our own opinions and the ways we are comfortable.

Please imagine yourself in a situation where someone tries to control you by insisting they are right or tries in some way to put you and your ideas down and you feel you are not allowed to be yourself or have your own ways of thinking.

When that happens, it is natural to feel put down and defensive and sometimes even healthy to rebel.

How can you really put this into practice?

Have you ever found yourself saying or thinking things like this:

The words are bad enough all by themselves, but on top of that, they are stated in I can’t believe you’re so stupid manner. No wonder these conversations don’t work well!

I want to share at least one sort of funny, but also a sad story…So many times when a couple comes to see me for their marriage, often the wife will say, I have to do everything around the house, even though I work a full-time job too as she looks angrily at her husband.

At that point often her husband throws up his hands, literally or figuratively, saying…But I tried to help lots of times, but she’s never satisfied with the way I do things. I just can’t please her, so I gave up.

I wonder if this sounds familiar to you? I’d like to share a pretty simple fix…it is…if you want help, either one of you, decide which tasks you need to hang on to because you believe that the exact way you do the task is the only way or the right way, you need to keep it.

For example, some of you must have the towels folded in a particular way, when there really is not just one right way to fold towels. What we mean when we say the right way is our way or the highway!!!

When we accept one another instead of trying to change one another, it brings so much peace and enjoyment to relationships.

You both can learn to accept that you are two human beings with faults and since no one on this earth is perfect, choose just to accept one another as you are with all your humanity. This, of course, is assuming there is not abuse of any kind, mental illness, substance abuse or illegal activities. Those situations are in another category entirely.

A couple of questions to ask yourself before speaking or acting are:

I call this way of being: Live and Let Live OR Go With the Flow! This does not mean you should never have an opinion of your own or speak up, but many things are no big deal and help us understand the other person without getting into a battle. 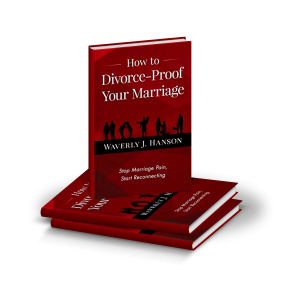 You may be interested in checking out my new best-selling author book at Amazon.com.

Sometimes just a little help from someone experienced outside your family gets you back on a positive track. Ask about my latest online webinars and coaching programs.